It’s like any other day of a session of catch with your dog: You throw the ball, he runs after it and returns, tail wagging.

Today, your dog doesn’t return. When you go find him, you see him on the ground, unable to put weight on his rear right leg.

A trip to the vet reveals to you that your dog has suffered a cruciate ligament tear – essentially a torn knee ligament. Your vet says he needs surgery, but it will cost a few thousand dollars and you are also concerned about putting your 10-year-old golden retriever under anesthesia.

Although surgery is considered the “gold standard” for cruciate ligament tears in dogs – according to veterinarian Dr. Paul Brumett, who specializes in canine rehabilitation at Animal Tracks Rehabilitation and Fitness LLC in Colorado – there are other alternatives when a dog’s advanced age, financial concerns or a health issue such as diabetes makes surgery impossible.

A cruciate ligament tear creates an unstable knee in the dog.

“It stretches the other ligament and joint capillaries of the knee and then it creates a lot of pain,” Brumett said.

The dog will experience swelling and great discomfort and won’t be able to put any weight on the leg.

Something must be done – but what about if surgery isn’t an option?

Pain management with conventional medications, as well as nutritional supplementation, is one route pet owners can take when dealing with cruciate ligament tears. However, since many pain medications have side effects when used over time, it is not ideal for long-term use – which Brumett considers more than a couple of weeks.

“One of the things that I like to do is try to get these guys off the pain meds as soon as I can,” he said.

Non-steroidal anti-inflammatory drugs (NSAIDs) are the most common type of pain medication used, but they can cause liver and kidney problems, including failure of those organs in some cases, as well as gastrointestinal issues. Though Brumett said most dogs can be safely managed on these medications for several years, he prefers using nutraceuticals like veterinary glucosamine and chondroitin sulfate complex, chondroprotectives, essential fatty acids and hyaluronic acid that can all help with joint health.

Another downside of treating with medication only is the crating that is required to keep pets from overworking or worsening the injury.

“Many 5-year-old labs will play through an injury and make it worse,” said Brumett. “So if the pet can't be under direct supervision, then keeping them in an appropriately-sized room or appropriately-sized crate makes sense until they are sufficiently healed to do more.”

He added that, ideally, pain management is done along with rehabilitation and bracing.

Orthotics, or bracing, such as the Hero brace, offers an alternative when surgery is not possible, according to Brumett. The Hero orthotic, which is made by casting the dog’s leg for a custom fit, maintains the knee in position so the dog can walk again.

“What we’re trying to do is stabilize the knee,” said Brumett, who works with the company.

He added, “Pets that are wearing a stifle brace can be walking better in a day. We start out slowly and progress over a couple of weeks to get them used to it and to increase their sporting/workload.”

Brumett advises using an orthotic like Hero in conjunction with canine rehabilitation. There are many modalities that may help, including laser therapy, pulsed electromagnetic field therapy, acupuncture and hydrotherapy.

He said his rehab facility starts cruciate ligament treatment with ice therapy followed by heat therapy to help with that intense swelling and pain.

As part of hydrotherapy, rehab may involve use of an underwater treadmill. The water itself serves as a support to the dog’s body and movements. The amount of support is adjusted by changing the water level: the more the dog’s body is submerged, the more support he is receiving as he walks on the treadmill.

Ultimately, it’s up to the pet owner as to what course to take, but there are some options. Brumett said dogs who have a cruciate ligament rupture that don't have surgery, rehab or bracing can develop some level of stability on their own in six to 12 months – but these dogs typically are not comfortable going on long walks, running or jumping.

“Nothing’s perfect at this point but we’re all working on trying to make it better,” he said. 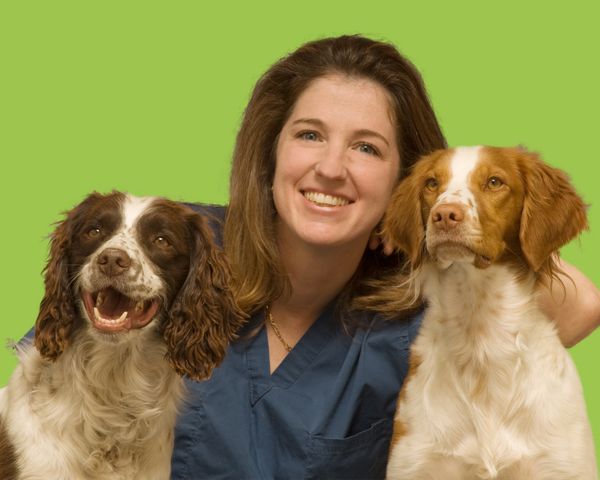 If you ever wondered where dog bracing started, Dr. Adrian was there from the beginning.  She has played an integral roll in the evolution of several braces and has worked with most manufactures 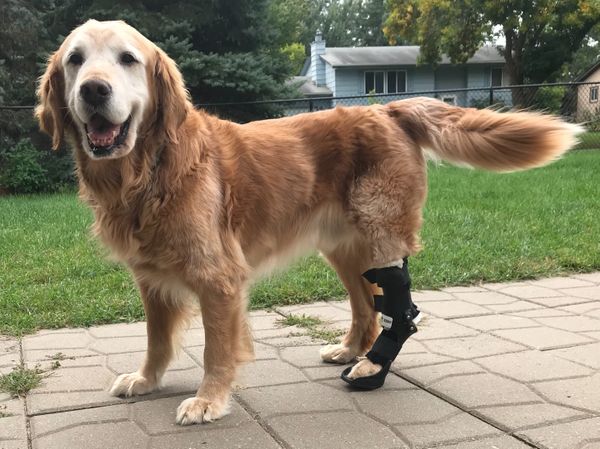 It’s been a relaxing spring day at your house. As you leave the kitchen, you realize that your senior Golden Retriever is no longer by your side. You look back to see

Hero Braces Blog
—
Cruciate Ligament Tear: Is Surgery the Only Option?
Share this